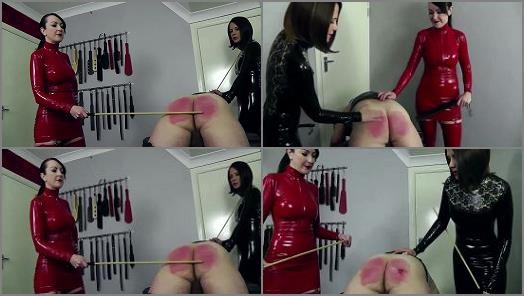 The prisoner is back again for smuggling contraband into the prison. He’s already been caught once with a mobile phone and now he’s done it again. Miss Jessica has called in Miss Kelly to help her punish him at this exclusive prison where dominant ladies rule. Dressed in latex dresses they have a severe punishment coming his way. First he has a pair of black rubber soled plimsolls on his bare bottom, then a pair of thick leather straps. All whilst he’s secured down on the whipping bench. He is finished off with a harsh caning from both of them.
British, British Accent, British Domme, Domination, Female Domination, FemDom, Corporal Punishment Fantasy