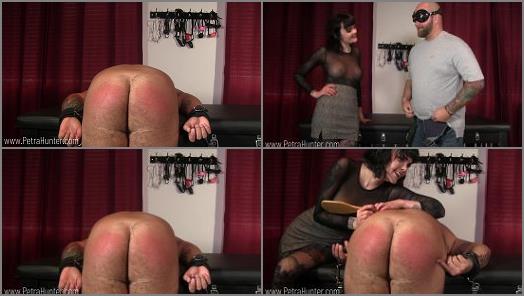 Daniel Marrin matched with Petra Hunter on Tinder. Before he knows it, he’s blindfolded and excited for what he believes to be a fun, kinky night dominating Petra. It’s not until he’s naked and bound to her bondage table that he realizes he’s getting more than he bargained for! Petra starts by spanking him with her bare hand, and then she moves on to using a wooden hairbrush. She follows that with a small wooden paddle and then a larger, thinner one. Daniel struggles in bondage but is unable to escape Petra’s smacks. This isn’t how he planned to spend his night, but Petra is having a blast!
[Contains: Female Domination, BDSM, Bondage, Spanking, Paddling]