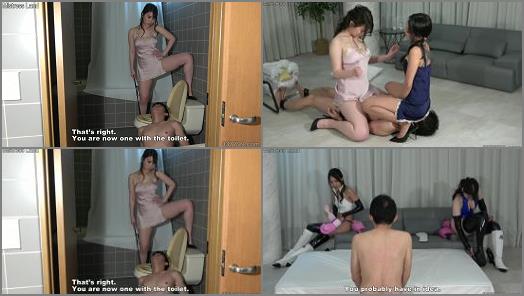 It was fate that this pizza delivery man delivered the pizza late to Sara and Aya. The girls bullied him and made him take his clothes off, stepped on him with their boots, and made him lick the boots. The girls felt that he had a masochistic tendency so they brought him inside the room and started to do some extreme ball busting, blindfolding, smelling of stockings, feet, and armpits, whippings, face spitting, face sitting, suffocation, human toilet, golden showers, licking the toilet clean, being a human punching bag, being a wrestling rag-doll, licking a strap-on after being fucked by it, breathing restricted with a wrap, receiving hand job hell realbdsmporn.net by stopping ejaculation right before, candle play on his dick, giving him a double golden shower, and repeating everything so to train him to be a willing masochistic slave so he will never want to leave the house ever again.