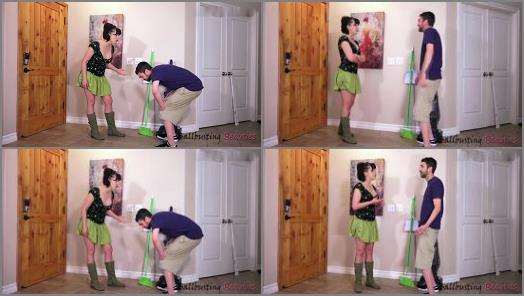 Ever since Amber married Jay’s step-father, life has become more complicated for him. Instead of getting to do whatever he wants, his new step-Mom bosses him around and at least “tries” to make him do chores. Although he actually thinks Amber is hot, he refuses to listen to her and has vowed to be defiant to the end. Amber, tired of his disrespect, has a plan to break down her step-son…… Amber calls Jay into the room, obviously upset that he didn’t complete the chore she asked him to do. Jay comes waltzing in and acts like he has no idea what she is talking about. Fed up with his cocky, carefree attitude, Amber suddenly grabs her step-son’s balls and squeezes them hard! Still squeezing them tight in her hands, she looks at Jay in the eyes as he whimpers in pain and begins to explain to him that he will learn to respect her and obey what she commands him to do. She tells him to spread his legs and keep them spread. Terrified of what his step-Mom is capable of and not in a position to disagree, he slowly spreads his trembling legs. Amber tells him that he needs to accept his new place in the family, and lands a swift hard kick to his balls that sends him to his knees. Defiant, he tries to stand up and calls her a bitch, which only pisses Amber off more. She realizes she will need to break his balls to break his ego and proceeds to kick and squeeze his balls until he is begging for mercy and his spirit is broken, willing to do anything his step-Mom says. Wanting to make sure that he is now really her bitch, she has him get down on his hands and knees and apologize to her while kissing her boots before being sent off to actually do chores! 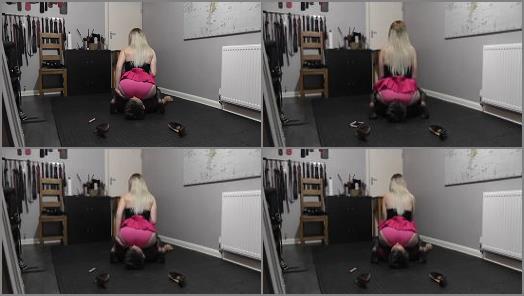 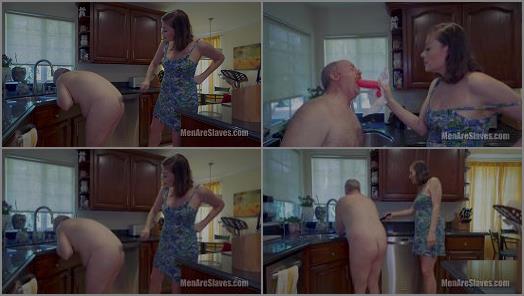 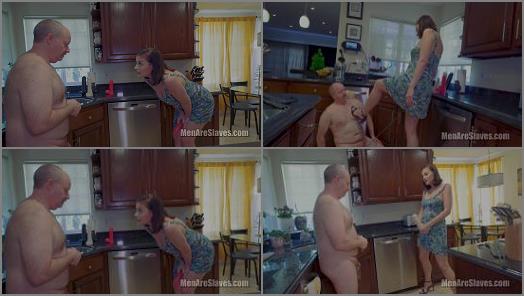 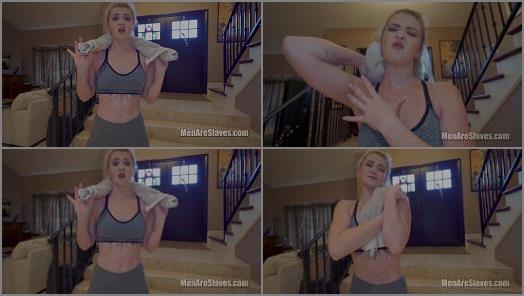 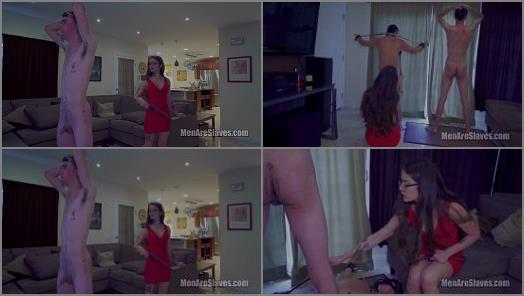 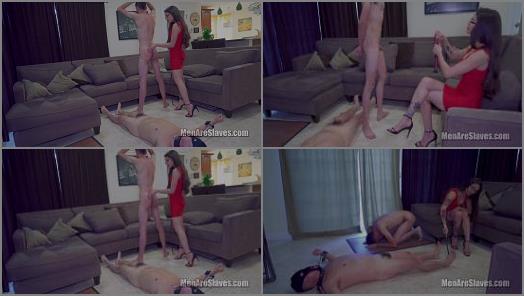 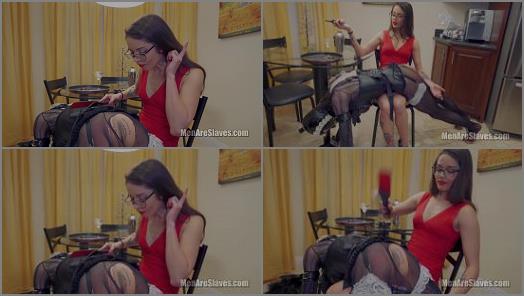 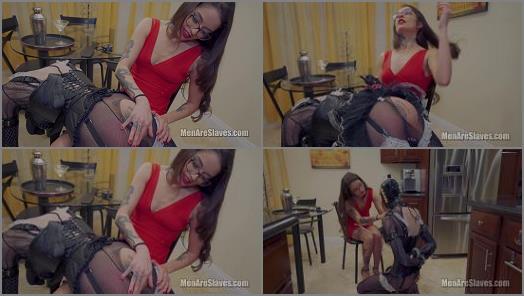 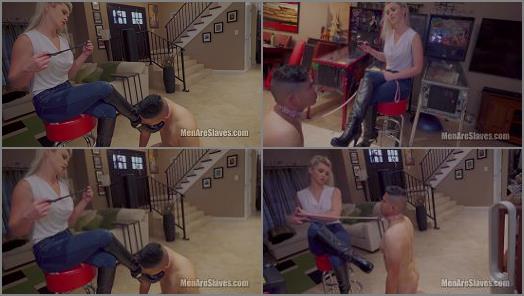 Blonde – Men Are Slaves – Go Back To Your Spot – Kay Carter 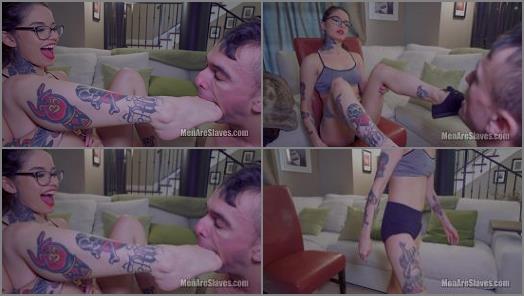 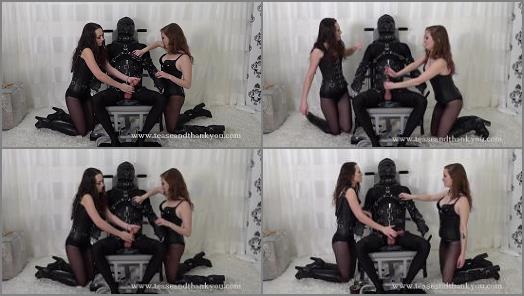 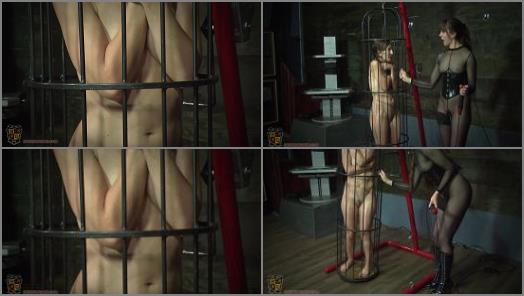